Fort Russ’ Guest Analyst, Dr. Eduard Popov, interviews Moldovan Voievod Movement leader, Nicolae Pascaru:
Eduard Popov: Until recently, Moldovan presidential elections were not direct, and it was parliamentary deputies, not the people, who elected the president. This provided opportunities for the oligarchs to wield political influence. Yet President Igor Dodon was elected by the people. In your opinion, does he reflect the aspirations of the people of Moldova to preserve sovereignty and restore severed ties with Russia? How do you rate his chances of reforming or even breaking the corrupt mechanisms of power which were established during the reigns of his predecessors?Nicolae Pascaru: The very fact that Dodon was popularly, directly elected speaks to the population’s confidence in him. Indeed, his rival in the presidential elections, the right-wing, pro-Western Maia Sandu was, as they say, „breathing down his neck”. But there is no need to speak of her real weight in society since she, having lost the elections, now remains on the fringes of political life and is seeking to join with forces which are political marginal like her to hold protests on false pretexts.
As for Dodon and the Party of Socialists which he heads, their actions in defying the government before the elections were clear, calculated, and each new step was based on their previous one. This testifies to the fact that Dodon and his team have for quite a while represented a serious political force in Moldova which reflects the people’s traditional aspirations of economic well-being instead of the empty promises of „pro-European” forces which are in fact not even pro-European but simply steal Western grants and money given to us as loans.
The president will have a real chance to begin tackling the issue of corruption only if the Party of Socialists, who support Dodon, will win a majority in the 2018 parliamentary elections and be able to form a government. Then all three of the higher institutions of power would act in tandem. But now the parliamentary majority is in the hands of the Democratic Party, which blocks all of the president’s initiatives.
Popov: How do you assess the balance of forces in Moldovan politics, and to what extend does the existing political party system reflect public sentiments and society’s wishes? Can it be said that the majority of Moldovan politicians and officials are in favor of unionism, or does the majority stand for Moldova’s sovereignty? What political and social forces are fighting to defend Moldova’s independence?
Pascaru: Let’s start with the last point. The Party of Socialists and a number of patriotic social organizations, such as the Voievod Movement which I lead, as well as ethno-cultural organizations representing the minority ethnic groups in Moldova, such as Russians, Ukrainians, Bulgarians, Gagauz, etc., all stand for preserving Moldova’s sovereignty. Here it is worth emphasizing the role of the Gagauz autonomy in the southern part of the country, whose people and local authorities strongly oppose any loss of Moldovan statehood. I won’t speak for the politicians and officials in general, but the people of Moldova certainly do not want to be part of Romania.
As for big political players, it can be said that far from all of them have any kind of real relationship with society. The Democratic and Liberal parties can be added to the list of those who are completely indifferent to the people. There’s no need to talk about the others since they have only a handful of deputies in parliament, the others having been poached, intimidated, or “resigned.” In regards to non-parliamentary parties, Our Party headed by Renato Usatii boasts certain popularity, although he himself is a very odious character who hides abroad. Citizens are increasingly losing faith in this political group.
Popov: Your Voievod Movement is one of the forces that has consistently fought for preserving the statehood, language, and nation of Moldova against absorption by neighboring Romania. Could you please tell us the history of the movement, how and why it was created, and what political and social actions it has undertaken? Your slogan, after all, is “Programmed for victory!” What victories can you boast of?
Pascaru: The Voievod Movement was founded by a group of like-minded activists in 1992. We were few back then, but we resolutely decided to work on two fronts – educating youth in the spirit of love for their Homeland, Moldova, and leading healthy lifestyles. It was a difficult time back then. War was raging on the Dniester and no one knew in what world they were living in, and there were continuous calls for Moldova to be annexed by Romania.
Today, the national fighting federation that is Voievod wields a number of fight clubs with a large number of participants of different ages, as well as trainers, social workers, etc. All of them of age are part of the Voievod Youth Movement which is engaged in educational and various social projects. We cooperate with the authorities, particularly the Ministry of Internal Affairs, as well as with traditional religious organizations and international social and youth organizations. Our champions and festivals are held annually and attract citizens of all ages.
Popov: How do you assess the likelihood of a Ukrainian scenario – a coup d’etat with street protests – happening in Moldova? Are there supporters of the legal government of President Dodon who can be a real force for stopping rampant street violence? What role could the Voievod Movement play in this process if it comes to this?
Pascaru: An attempted Ukrainian scenario is possible after the 2018 parliamentary elections since the Socialists could win a majority. In order for a second Maidan to be avoided, our country’s citizens should not be driven by provocations and empty promises, and government structures are obliged to respond quickly to any hint of riot organizing.

Popov: The conflict between parliament and the government on the one hand and President Dodon on the other has recently intensified. I have in mind the participation of Moldovan troops in NATO exercises in Ukraine. Will the unionists succeed in involving the army in a civil conflict?
Pascaru: The chances are great for those who wield administrative resources. In order for a conflict to break out, someone has to provoke such. In this case, I’ll repeat, the people should not succumb to provocations, and the government is obliged to prevent any unrest.
SEE ALSO: Moldova is on the Brink of War
http://www.fort-russ.com/2017/09/is-moldova-headed-for-maidan-fort-russ.html 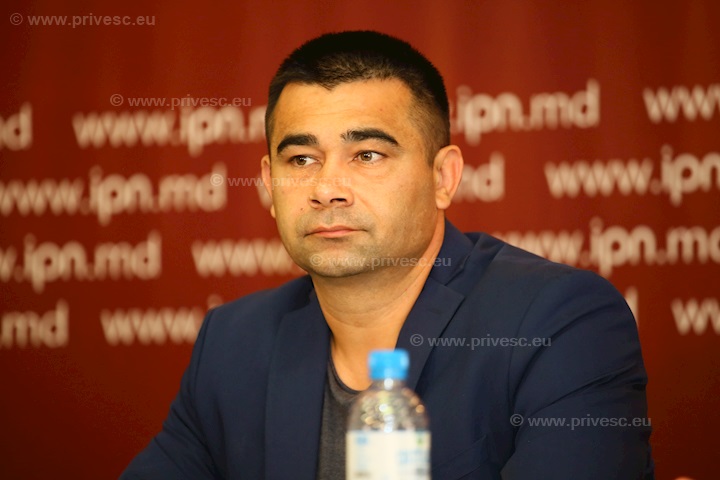 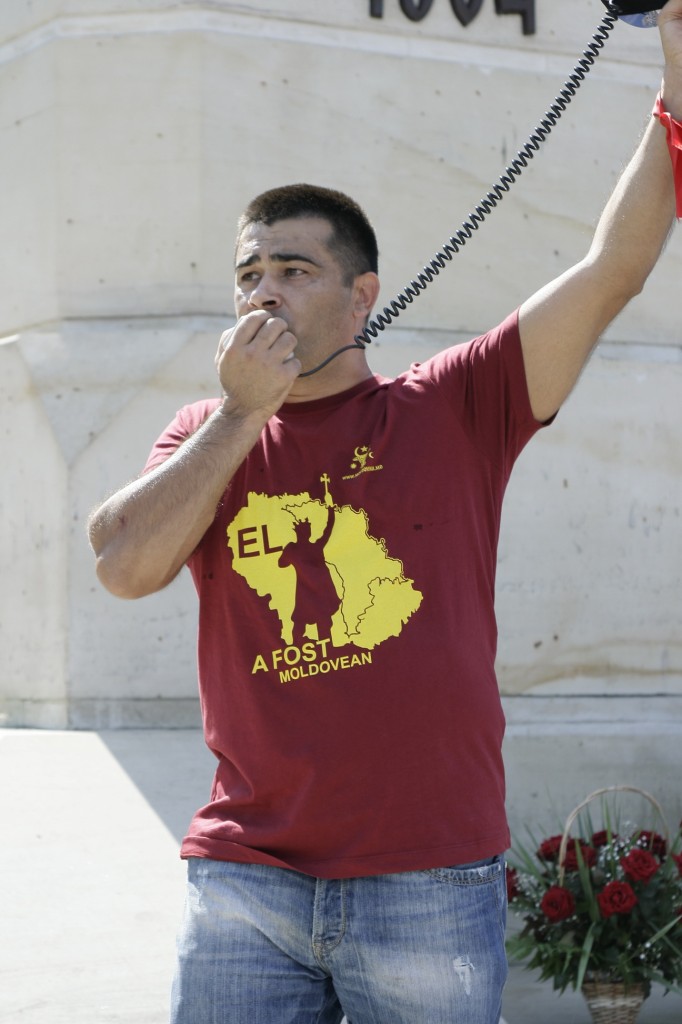 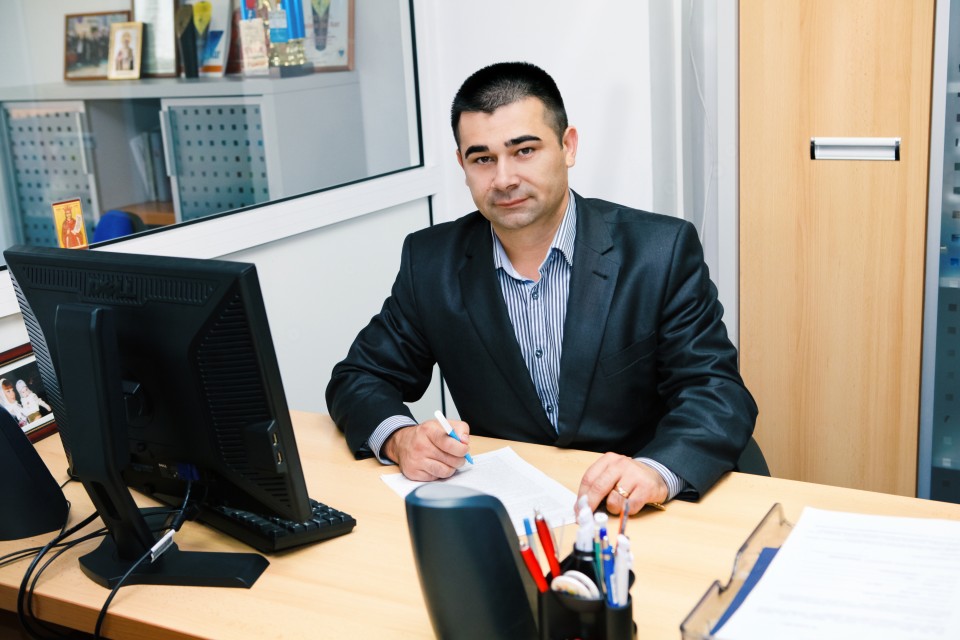